More election fallout: one of the Bills which was rushed through before the close of Parliament ahead of campaigning was the Children, Schools & Family Act 2010, which has now received royal assent. Among the many parts of the Act are provisions dealing with family courts, SEN and Local Safeguarding Children's Boards. However, due to the hurried manner in which the legislation was passed, other proposed measures including (among others) reform of the primary curriculum, compulsory PSHE and teaching licences were removed from the final draft of the Act.

The full text is online now. 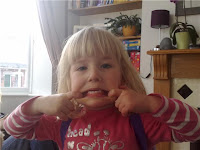