If you've picked up a newspaper or watched the news in the last couple of days, then you're probably aware that the childcare minister Elizabeth Truss has made some comments regarding 'chaotic' British nurseries, and argued that an approach with parallels to the French childcare system would be more beneficial. It's probably safe to say that the reaction from the early years sector in this country has been largely negative, but how does childcare in France compare to what's on offer in the UK? I decided to see what I could find out...

For a quick, easy summary of the French system, there's an excellent Nursery World article from a couple of months back which gives an overview of issues such as ratios, staff qualifications etc. You can also look at the Eurypedia page relating to early childhood education and care, and the Country Note for France from the most recent OECD Education at a Glance report gives an overview of educational provision there as a whole - most of the material relating to pre-primary education can be found on the first 3 pages. The French childcare model is also the subject of a short BBC news report today.

After that, it quickly became difficult to find useful items which focused specifically on France (though if you can speak French, then here's the link for what appears to be a detailed overview of the French system), but there are plenty of documents available which compare the early years sector in many countries, with the UK and France among the countries surveyed.

What does become clear is that most of the reports available tend to focus on easily comparable statistics such as amount of funding, staff ratios, cost of childcare etc, rather than attempting to describe the quality of the provision on offer. A useful 2010 OECD paper entitled Quality of Childcare and Early Education Services perhaps partially explains this by stating that "The quality of formal childcare and early education services is difficult to measure as there is no single indicator which adequately reflects the quality of service environment and the quality of interaction between staff and children."

Nevertheless, the 2012 report Starting Well: Benchmarking Early Education Across the World attempts to compile a league table of preschool quality - interestingly, the UK is ranked 3 places ahead of France. It's also worth having a look at The Child Care Transition: A League Table of Early Childhood Education and Care in Economically Advanced Countries - this is a UNICEF report from 2008 which rated French provision ahead of what is available in the UK.

And a couple of other items to finish - you might want to read Early Childhood Education and Care in Europe: Tackling Social and Cultural Inequalities, which is a 2009 Eurydice report offering detailed information on early years provision in many different countries. Or you could just look at the recent More Great Childcare proposal from the government, which mentions 'France' 25 times in just 46 pages. And by the time you've finished that lot, you'll hopefully have made up your mind about the minister's ideas... 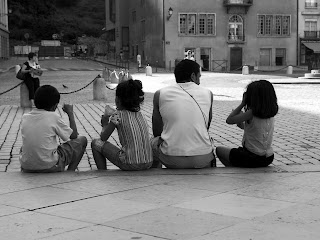